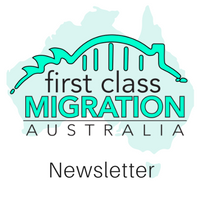 Grab a coffee as this is a long newsletter but certainly worth the read and insight for all of our corporate clients to get a summary of all of the legislative changes since April 2017 through to March 2018!

It’s not unheard of and it is in fact common, to hear of changes being made to Australia’s migration schemes. In particular, to the working visas offered to skilled internationals.
Every few years the Australian Government (whether Liberal or Labor) toy with migration legislation and the opportunities available to international applicants.
In 1996, the Temporary Work (Subclass 457) visa was introduced to Australia and permitted internationals temporary entrance to fill labour shortages. In 2012, the current Employer Nomination (Class EN) and Regional Employer Nomination (RN) were introduced to provide facilitation of those holding Subclass 457 visas, and, in some cases, those who weren’t, an opportunity to apply for employer sponsored permanent residency.Up until 18 April 2017, Australia had experienced nearly five vibrant years of skilled migrants entering Australia, assisting in labour shortages and contributing to the Australian economy.

In 2015-16 financial year alone, 45,395 Temporary Work (Subclass 457) visas were granted and 48,250 ENS visas granted to primary and secondary applicants. Apparently, these figures (quite inconsequential considering Australia’s population of 24.13 million) were enough to send the very Government who introduced Australia to the Subclass 457, to abolish the Subclass 457 years, merely 21 years, after its introduction.

“Australian workers must have priority for Australian jobs, so we are abolishing the 457 visa, we will no longer allow 457 visas to be passports to jobs that could, and should go to Australians”

….and with that, as of 1 March 2018, the Temporary Work (Subclass 457) visa will become another chapter in Australia’s migration history. Now meaning migrants will find it more difficult than ever to be eligible for an Australian visa. Instead, we’ll be introduced to the Temporary Skill Shortage (TSS) visa.

The changes to the Subclass 457 and Class EN & RN visas will have two primary consequence to future applicants:

Both significantly impact current and future visa applicants’ ability to live and work in Australia.

Prior to the changes introduced on 18 April 2017, there were two occupation lists:

Subclass 457 visa applicants were required to be nominated in an occupation on the CSOL and (if successful) were granted a four-year temporary visa.During this time, visa applicants were required to continue work for their nominating employer, unless they found a new employer willing to nominate them or regulated their visa status in another way. If they did not, they risked cancellation of this visa.

After two years working for their nominating employer on their 457 visa, they became eligible to be sponsored for the Employer Nomination Scheme (ENS) (Temporary Residence Transition(TRT)) Stream OR Regional Sponsored Migration Scheme (RSMS) (TRT) Stream.

For those visa applicants whom did not hold a Subclass 457 but their employer was willing to nominate them for a Class EN or RN visa, provided they met the stricter visa provisions could apply for the ENS or RSMS Direct Entry streams. These applicants were also required to be nominated in an occupation on the CSOL.

In all applications, visa applicants were required to demonstrate that they held the skill level for their occupation, held sufficient English language skills, were of good character and in good health.

The Turnbull Government announced on this date that the Subclass 457 will be abolished and the TSS visa introduced.

In addition, the announcement included the amending and re-naming of the occupation lists:

Turnbull proceeded to announce that from henceforth, not all Subclass 457 visa applicants would be eligible for the four-year visa and 216 occupations were removed from the skilled lists.Those whom held an occupation on the MLTSSL would remain eligible for the grant of a four-year Subclass 457 (or TSS) visa and those with an occupation on the STSOL would only be granted a two-year visa.

Furthermore, only those who can be nominated under an occupation on the MLTSSL will be eligible for the ENS (Direct Entry) stream.

To put this in to perspective, the skilled occupation lists comprised of 651 eligible occupations. This was reduced to 435. 185 occupations make up the MLTSSL and 250 for the STSOL.

Not only were these occupations culled and separated, but some (predominantly STSOL) were also imposed with a ‘caveat’. The occupations affronted with this imposition were those the Department of Immigration & Border Protection (DIBP) presumed were being over-used. For example: Marketing Specialist, Cooks, Graphic Designers, Café & Restaurant Managers etc.

This announcement also encompassed the warning of narrowed eligibility requirements being introduced over the course of the next 10 months.

An outline of the impending changes can be found below:

The second round of major changes happened on 1 July 2017, these included:

It is predicted that from March 2018, the amount of ENS visas granted to applicants will drop to less than a third, from last financial year’s numbers, we could predict 16,083. There will also be a severe reduction in the number of TSS visas granted.

It is well renowned that many Subclass 457 visa applicants are founded from their Working Holiday or Student visas.

With the two years of experience requirement, these applicants will no longer be eligible and if their occupation is on the STSOL, there is little incentive to explore other Australian temporary visa options with no lead to permanent residency.

Could Australia see a significant reduction in Working Holiday makers and Student visas if there is no hope of permanent residency?

Are the occupations on the MLTSSL what Australia really needs?

As mentioned above, the MLTSSL is made up of the ICT professions, trades, medical professionals, nurses, engineers and other highly skilled occupations. As of 1 March 2018, if a migrant intends to apply for permanent residency, they must be nominated in an occupation on this list.

Here comes the biggest oxymoron of 2017:

The Coalition are promoting these changes in order to ‘put Australians first’. Occupations on the STSOL no longer have a transition to permanent residency as the Government intends for these positions permanently being offered to Australians.

The Coalition and the Department of Education are working closely together on the occupation lists to ensure that occupations that are ‘in demand’ in Australia are filled by international labour.

However, would you state that engineering and ICT professions are ‘in demand’ in Australia? 9000 of the Subclass 457 visas granted in the 2015/16 financial year were to those in ICT occupations. The writers here at First Class Migration know of many engineering Australian students graduating with nowhere to be employed and attending interviews with hundreds of other applicants.

With substantial evidence of many MLTSSL occupations being in over-supply, how does Turnbull justify ‘Australians’ are first, when ‘Australians’ will remain to be effected.

Bob Birrell recently addressed the oversupply in a report regarding these changes. The major political parties are aware these occupations are in oversupply. Their pals at the Department of Education have informed them. However, to remove occupations such as Accountant’ from the MLTSSL could see a decrease in overseas students. Apparently over 50% of students studying in Australia are enrolling in Business or Commerce degrees.

Funny this, don’t you think? When occupations for HR and marketing professionals are on the STSOL with no permanent residency pathway and these occupations also generally stem from Business Degrees.

It appears the Australian Government is undertaking not only the ‘save the thousands of dollars we take from international students’ strategy, but also, stockpiling skilled migrants. Apparently the ‘stockpiling’ technique is to ensure Australia has excess supply of these skills should they be needed in 10 years.

Also, let’s not pretend that the MLTSSL was manufactured for little other reason than money.

Major stakeholders in the permanent immigration process include skills assessing authorities and (again) Universities. For many permanent skilled visas, applicants are required to undergo skills assessments to ensure their qualifications and experience meet Australian standards.

Of course, Engineers Australia (for engineering occupations) and Australia Computer Society (ICT professions) would advocate for these positions to remain available for permanent residents. Apparently Engineers Australia has made some $8.8 million from assessing skilled migrants.

Similarly, with Universities if engineers, ICT occupations, Accountants etc are removed, they could see an exponential dip in international student fees.

These stakeholders have emphasised the importance of these occupations and how their removal with effect their respective industries in terms of revenue.

Australian companies, here’s our advice. – If you want to maintain the facilitation of temporary entrants to permanent residency and hold on to your employees, make some noise. Get cross about the changes. Start petitions and involve your local council. Gather the titans of your industry and come together to argue your right to employ international labour as you need, and not simply on a “temporary skills shortage” basis. The Department of Education and the Coalition won’t make a change unless we force the change.

If you want further information about submissions you can make, please don’t hesitate to give us a call.

For as long as we can remember, the major political parties have taken two separate stances on immigration policy. Labor has been ‘for’ tightening the regulations, prioritising jobs for Australians and making it more difficult for Australian companies to nominate international labour.

The Coalition on the other hand is renowned for promoting the induction of international, permanent labour, encouraging skilled migrants to apply where eligible and contribute to the Australian economy.

The ‘shock’ 18 April 2017 changes oppose the Coalitions projected argument regarding international labour. The Coalition and Labor are now sharing the same stance on immigration policy and Labor now, no longer have a valid opposing argument.

We can’t help but question the authenticity of this move by the Coalition. Whilst the extent of the ‘damage’ will come to fruition 1 March 2018, the changes appear largely cosmetic for the Subclass 457.

Whilst the Coalition emphasised the removal of the above, they really appeared to be distracting the public from the real changes, being, individuals and family’s ability to migrate to Australia.

First Class Migration works with migrants every day, migrants whose dream is to move to Australia, because Australia is the ‘land of opportunity’.

It’s fast becoming the ‘land of temporary opportunity, unless you have the rights skills’.

Australia was built on international individuals and families, we boast our multiculturalism and our acceptance of those from every race, religion and culture.

We hope the Coalition has an idea of how this lack of migration growth will affect Australia’s economy, because they’re ruining the dreams of thousands to do it.

If you have concerns regarding your visa status or eligibility for permanent residence in Australia, please don’t hesitate to contact our office.